We also have an actual website for our store. That way those of you who are not members of etsy can buy our jewelry.
Here is the link: http://www.catherinesdreams.com/index.html

I have been very busy wrapping the stones I picked up on my recent trip to Madison.  I decided to take pictures of the process of wrapping a pretty blue stone.  Here is the stone: 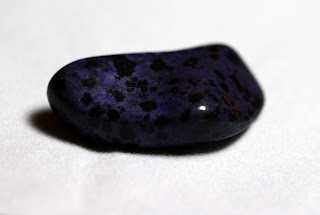 This stone does not have any holes drilled into it, so I had to wrap it in wire to make it into a pendant.  I measured three pieces ofsquare sterling silver 22 gauge wire.  I cut them in segments about 1/2 inch longer than what it took to wrap around the stone.  Then I fit them together, being careful not to cross an of them over.  I cut a 5 inch length of 22 gauge half round wire.  I formed a "hook" on one end of the half round wire and wrapped it horizontally 3-4 times around the square wire bundle.  I left the loose ends on the same side, to be on the side that would eventually be touching the stone. 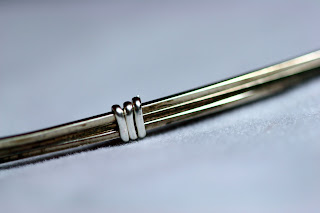 I then wrapped the half round wire in two more places.

After that, I formed the wire around the stone and secured the top with a wire.  I pushed in the three segments of wire that would form the back of the pendant so that they would hold it in place as a frame for the stone 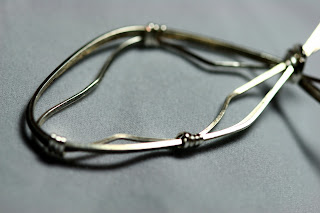 I then pushed the stone into the frame and pulled the front segments around to keep the stone in place.  The middle wire is meant to got around the outside of the stone to complete the frame.

At this point I formed the bail by wrapping two of the wires around a set of pliers.  Then I used the wires to curl the remaining wires.  That is all there is to it! 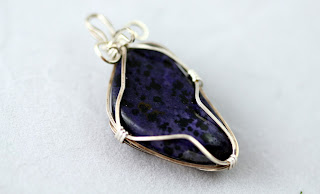 See how easy and fun!  Try it yourself or buy this or other pendants on our etsy site or off our website.
﻿

Now even easier to buy!

WE NOW ACCEPT CREDIT CARDS AND etsy GIFT CARDS IN OUR etsy SHOP! 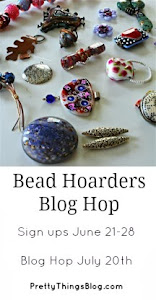 This is perfect for me will be lots of fun! If you want to participate, click on link